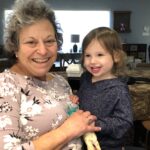 It’s been an interesting year.  On one hand I say that my life is in a state of equilibrium at the moment but I continue to be frustrated with my body and it’s aches and pains.  I guess in one respect things are good – my friends have stiffness, aches and pain and at least I have an excuse for it.  But I’m learning that Parkinson’s is unlike almost any other “normal” illness.

For Parkinson’s – we deal with multiple symptoms at the same time and these can be neurological, physical and psychological (but I must add for one person’s sake – it is in no way referred to as a mental illness and it can be inslulting and degrading when it’s hard enough to go out in public every day).  It is a slowing of the entire body including thinking, logic and vision.  Unlike almost every other calamity, except perhaps epilepsy, that  will always have to take medicine and more importantly the dosages CANNOT be missed.  The dosages have about a three hour half-life and need to be replenished.  And  while   people recover from bouts of cancer, heart disease, bad knees, etc.,  there is no recovery from Parkinson’s, only working at it 24/7 to live as well as we can.  (I don’t know how the PT’s  that work with Parkinson’s patients knowing that they can’t make them better, just stronger to deal with the pains, etc.

So, between good doctors, neuro-physical therapist, trainers, etc. I’m getting around pretty well.  I still start twisting internally when I stand at kitchen height counter, so I can only do a limited amount of cooking but when the meds are working I am flexible and pain free.     I do water weights up to six days a week and when I feel really good or the weather prevents swimming, I’ll do an inside class.  I also box twice a week and do a drumming and balance class (2 hours total).  But  I’ve been feeling well enough that I’ve taken on responsibility for Hadassah and for some training on computers.  Sometimes it seems overwhelming but I enjoy it.      But there are times that I get overly nervous and can’t accomplish what I plan to accomplish  and as a result I try to avoid time based  commitments.

But I’m never really totally pain free, usually either  my back hurts a bit or my shoulder, etc.  I’ve also been getting “buzzing” sensations in various spots of my right side.    This may be due to the C Spine again but it’s transient and intermittent not like 15 years ago when it was painless and constant.

So I’m going into next year, relatively healthy but cautious .  As much as I want to play pickelball, I’m avoiding it, I try to be careful not to Fall.  On the other hand, I’ve been in touch with some old NMB and RPI friends and I look forward to visiting them.  I hope to continue doing advocacy work on Parkinson’s and hospitalization and advising people who are newly diagnosed.  But alas I know that at some point this phase will pass.